This conflict is not going on forever as stated by many people who lack the knowledge and hence oversimplify and trivialize. Less than two decades ago there was not such a violent conflict. Hence this is not an endless conflict and we can go back to the situation that we had not too long ago.

We have to take a look at the beginnings, analyze the ones who profited most and stop to listen to their rhetoric

Another interesting article on this topic is the following one written by Seymour Hersh the Pulitzer Prize winner for the New Yorker in 2007. What he wrote then can explain a lot of things that are happening today in the middle east:
http://www.newyorker.com/magazine/2007/03/05/the-redirection

If you ask me the Sunni Shia conflict as it has gotten momentum after the Iraq war had three main reasons:

Iran was in its best position right after Saddam was removed. A huge military threat next to Iran was removed making Iran the undisputed power after Israel in the region. With the start of the sectarian conflict Iran has only lost, as this conflict has inflicted huge costs on Iran. It is also interesting to point out that Iran was in its policies mainly opposed to Israel was never going against Sunnis. Infact Iran’s opposition to Israel was on behalf of Sunni Palestinans, who were supported by Iran and Syria more than by any country in the Persian Gulf region (mostly crazily rich countries that never took any Sunni refugees while advocating them selves as truly Sunni nations).

But how would these profiteers fuel the conflict and keep it rolling:

The importance of this news can hardly be overestimated:
“An annual report delivered recently to the US Senate by James Clapper, the director of National Intelligence, removed Iran and Hezbollah from its list of terrorism threats…”
http://www.timesofisrael.com/us-report-scraps-iran-hezbollah-from-list-of-terror-threats/

Maybe the US should start considering Israel a “terror threat”:
http://radioyaran.com/2015/03/15/israel-admits-helping-al-qaeda-nusra-front-against-syria/

The United States issued a firm condemnation of the shelling of a United Nations school in Gaza that killed at least 16 Palestinians on Wednesday, but also confirmed it restocked Israel’s dwindling supplies of ammunition.

The White House expressed concern that thousands of civilians who had sought protection from the UN were at risk after the shelling of the girls’ elementary school. Some 3,300 civilians were taking shelter there, after being told by Israel to leave their homes.

The UN agency for Palestinian refugees, UNRWA, which runs the school, said its initial assessment was that it has been struck by Israeli artillery.

“The United States condemns the shelling of a UNRWA school in Gaza, which reportedly killed and injured innocent Palestinians – including children – and UN humanitarian workers,” said Bernadette Meehan, a spokeswoman for the White House’s National Security Council.

“We are extremely concerned that thousands of internally displaced Palestinians who have been called on by the Israeli military to evacuate their homes are not safe in UN designated shelters in Gaza.”

More than half of 15 to 18 year olds in Gaza show signs of full or partial post-traumatic stress disorder after seeing dead bodies and witnessing heavy shelling, according to a new study.

…
It found 91 per cent of the teenagers reported seeing mutilated bodies on television, 88.5 per cent had heard artillery shelling, 86.6 per cent had seen the aftermath of shelling, and 86 per cent had heard the sound of war planes overhead.
…
Professor Panos Vostanis from the University of Leicester’s Greenwood Institute of Child Health, one of the co-authors of the study, said: “The toll on the mental health of these young people tends to be exacerbated by poverty, which is endemic in Gaza. It’s a double whammy for many of them.

Nothing is more deeply etched into US foreign policy than standing by Israel, and suggestions made by some conservatives last week that Mr Obama was chafing at that compact were hardly to be taken seriously. Nor is America about to join in any call for Israel to be brought before the International Criminal Court for crimes against humanity for its actions in Gaza – if only because, as the main supplier of its arms, that would be a risky tack.

Yet there are times when the friendship can be uncomfortable, and that was on full display through most of last week when civilian casualties in Gaza were soaring and, in particular, when destruction came to a UN school in Gaza with the loss of as many as 20 lives.
…
When it is not at war, Israel has tested not just Mr Obama, but also George W Bush and Bill Clinton before him, with its settlement building in the West Bank.
…

A Washington Post-ABC News poll last week confirmed what he could have guessed: 52 per cent of Americans disapprove of his handling of the Gaza emergency, while 39 per cent approve. And a Pew survey, released before the attack on the school, found that only 19 per cent of Americans blamed Israel for the current violence while twice as many, 40 per cent, placed the blame on Hamas.

But there is another interesting divide in the US which, when this crisis has settled, the Israeli leadership might at least want to heed. A new Gallup poll finds that while Americans aged over 65 support Israel’s actions by a margin of 24 points, those under 30 oppose them by a margin of 26.

American tolerance with Israel, in other words, might be weakening.

and so on … (follow the telegraph link for more)

THE ONENESS of HUMANITY 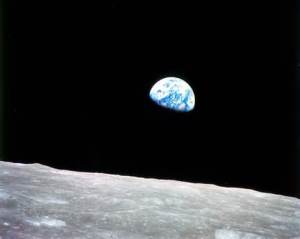 Israel’s Benjamin Netanyahu has said, with regard to his government’s assertion that Hamas carried out the kidnapping and murder of three Israeli teenagers, that, “we know Hamas did it.” Mr. Netanyahu, the world must see the evidence.

Hamas denies any responsibility for the kidnap and murder of the three Israeli teens. What would Hamas gain by carrying out the crimes Israel accuses them of? Let’s say that Hamas kidnapped the teens to hold them for a ransom of release of a number of Palestinian prisoners held in Israeli prisons. Why would they kill the teens and lose their bargaining position? These are questions having to do with conjectures, but according to Israeli officials, they “know Hamas did it”, so where is the information which led to that certainty?

Why is it important that Israel show the world their proof? Because Israel is…