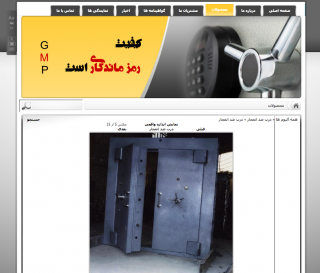 The latest NCRI revelations of a new “Lavizan 3” facility has been sent to the right wing and pro-war media and has been playing in the US non-stop. The group claims it has photo of a “steel door” designed to prevent radiation leaks. (Washington Post).

Here’s a typical article. It links to the original report.

The report feature only one singular picture as proof, they say was taken from an underground bunker that is “anti nuclear radiation”. But the picture is from an Iranian safe company GMP It’s a product shot for their “explosive resistant” door. 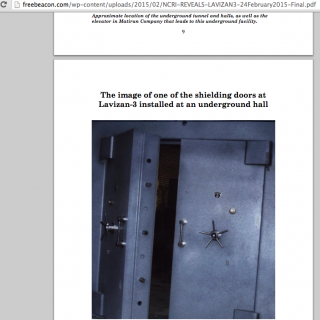 The NCRI is a front organization controlled by the People’s Mujahedin of Iran (MEK), a violent terrorist organization at war with Iran. It has targeted and killed many civilians including American citizens since the…

Thanks to the government of President Hassan Rouhani, as of Feb. 4, Jewish students officially no longer have to attend school on the Sabbath. This is an important step by the Rouhani administration to welcome Iranian Jews.

There are numerous reasons why my family left Iran in 1987, but an important one was the decision by the Iranian government that year not to officially recognize the holy Sabbath as a religious day off for Jewish students. There was no choice: The Iranian school week ran from Saturday to Thursday so we either attended school on the Sabbath or we were failed and had to repeat the year.

Soon after the 1979 revolution, Jewish students were given Saturdays off as a day of rest. This was an unofficial decision, but one that was respected. This applied to all Jewish schools. Meanwhile, Jewish students attending Muslim schools in Iran could also ask to not…

International Atomic Energy Agency inspectors in Vienna will probably review intelligence they received about Iran as a result of the revelations, said the two diplomats who are familiar with the IAEA’s Iran file and asked not to be named because the details are confidential. The CIA passed doctored blueprints for nuclear-weapon components to Iran in February 2000, trial documents have shown.

“This story suggests a possibility that hostile intelligence agencies could decide to plant a ‘smoking gun’ in Iran for the IAEA to find,” said Peter Jenkins, the U.K.’s former envoy to the Vienna-based agency. “That looks like…

The news that the U.S. Central Intelligence Agency carried out a meticulously planned terrorist car bombing in Damascus, Syria, in February 2008 appeared on the front page of the Jan. 31, 2015, Washington Post. It was an outrageous action in the capital of a sovereign state. By all definitions, a state-sponsored car bombing in the capital city of another nation is defined as terrorism.

It doesn’t take much imagination to picture what the U.S. response would be if the scenario were reversed and such an attack took place in Washington, D.C. At the very least, bombs and missiles would fall like rain on Syria.

That the CIA would carry out such an act is hardly a surprise. In its near-seven decades’ existence, the CIA has been responsible for the murder of millions and the destruction of scores of progressive movements and…