Washington, DC – The National Iranian American Council (NIAC) was one of 37 organizations to send a letter to Congress today regarding the roles of Congress and the President in sealing a nuclear deal with Iran. The letter was prompted when certain lawmakers reacted harshly to a New York Times report that, if there is a nuclear deal with Iran, the White House plans to initially use executive action to temporarily suspend certain sanctions.

“The lawmakers pretending to be shocked are the ones who never had any intention of trading in sanctions to get a peaceful nuclear deal,” said NIAC Policy Director Jamal Abdi. “They wanted to use sanctions to either make the standoff with Iran permanent, as with Cuba, or start a catastrophic war, as with Iraq.”

Congress has consistently provided the necessary authority for the President to temporarily suspend sanctions on Iran as necessary. Yet some of the Republican authors of the sanctions bills, including Mark Kirk and Ileana Ros Lehtinen, have been the most vocal critics of the President’s plan to use those authorities.

“If Iran upholds its commitments and the deal is working, Congress would need to authorize permanent sanctions relief,” said Abdi. “But some lawmakers simply do not want any peaceful deal and are grasping at straws to try to prevent it.”

You can view the letter below or as a PDF. 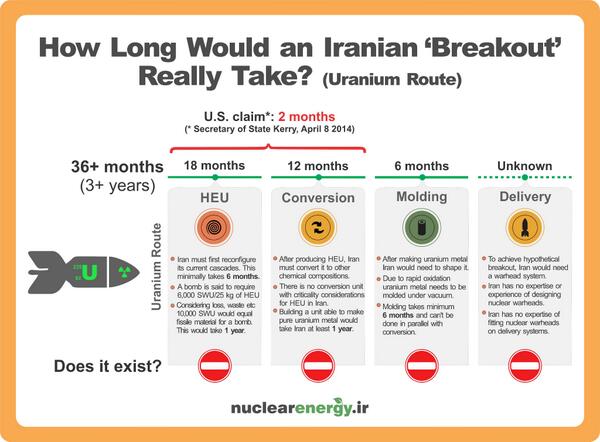 Ali Jannati, Iran’s Minister of Culture and Guidance, has announced that a request by the head of Parliament’s Culture Commission to ban a number of films has been denied.

Six prominent Iranian movie directors have launched an Internet campaign saying “there is no deal that is worse than no deal” in an effort to end the crisis over Iran’s nuclear program.

Among those leading the campaign at no2nodeal.com are Rakhshan Bani-Etemad, who won the award for best screenplay for her film “Tales” at this year’s Venice Film Festival, and Asghar Farhadi, who won an Oscar for Best Foreign Language Film in 2012 for “A Separation.”
…
The other four well-known film directors supporting the No2NoDeal campaign are Mohammad Mehdi Asgarpour, Abbas Kiarostami, Majid Majidi, and Reza Mirkarimi.
…
There is a lot of support among Iran’s artistic community for President Hassan Rohani, who scored an overwhelming election victory in June last year partly on promises to engage with the West diplomatically in order to resolve the nuclear dispute.
…
http://www.payvand.com/news/14/oct/1005.html

It is the first time Iranian artists have set a Twitter campaign in motion. #No2nodeal has been welcome by foreign media and renowned journalists.

At the Venice Film Festival [August 27- September 6], after her film “Tales” was screened for the competition section, Rakhshan Bani-Etemad at a news conference pleaded for sanctions to be lifted, saying, “The economic situation in Iran is critical thanks to economic sanctions. In fact, the Iranians are paying the price for the sanctions. Having made this film, I want to show the destructive effects that Western sanctions have had on the lives of ordinary people. Our children who are suffering from diseases like cancer and multiple sclerosis are actually taking the brunt of the sanctions. I would like these sanctions to be lifted and someone should answer to people.”