“Our children who are sick with diseases such as cancer and multiple sclerosis are paying the direct consequences of the embargo because they cannot get the medicines they need,” Bani-Etemad said.

The United States issued a firm condemnation of the shelling of a United Nations school in Gaza that killed at least 16 Palestinians on Wednesday, but also confirmed it restocked Israel’s dwindling supplies of ammunition.

The White House expressed concern that thousands of civilians who had sought protection from the UN were at risk after the shelling of the girls’ elementary school. Some 3,300 civilians were taking shelter there, after being told by Israel to leave their homes.

The UN agency for Palestinian refugees, UNRWA, which runs the school, said its initial assessment was that it has been struck by Israeli artillery.

“The United States condemns the shelling of a UNRWA school in Gaza, which reportedly killed and injured innocent Palestinians – including children – and UN humanitarian workers,” said Bernadette Meehan, a spokeswoman for the White House’s National Security Council.

“We are extremely concerned that thousands of internally displaced Palestinians who have been called on by the Israeli military to evacuate their homes are not safe in UN designated shelters in Gaza.”

Iran Air’s US-based attorney, Thomas Whalen from the aviation law practice of Washington firm Eckert Seamans Cherin and Mellott, argues that sanctions in international aviation are detrimental to all involved

The USA continues to impose sanctions on Iranian carriers that are detrimental to airline safety and violate the Chicago Convention.
The economic sanctions the USA has imposed against Iran for the last 25- plus years not only block trade but also prevent carriers in Iran from obtaining US-made aircraft as well as engines and parts which are needed to maintain the safety of their fleets. The sanctions are detrimental to aviation safety and are endangering the lives of passengers travelling on Iran Air, other Iranian carriers and foreign airlines which operate to Iran. As a result, these sanctions violate the commitment to airline safety made by the USA, Iran and most nations of the world in 1944 when the Chicago Convention was forged.

More than half of 15 to 18 year olds in Gaza show signs of full or partial post-traumatic stress disorder after seeing dead bodies and witnessing heavy shelling, according to a new study.

…
It found 91 per cent of the teenagers reported seeing mutilated bodies on television, 88.5 per cent had heard artillery shelling, 86.6 per cent had seen the aftermath of shelling, and 86 per cent had heard the sound of war planes overhead.
…
Professor Panos Vostanis from the University of Leicester’s Greenwood Institute of Child Health, one of the co-authors of the study, said: “The toll on the mental health of these young people tends to be exacerbated by poverty, which is endemic in Gaza. It’s a double whammy for many of them.

Rouhani’s most visible accomplishment is lower inflation, down by more than half from over 40 percent a year ago. The runaway inflation of the last three years that alienated the middle class and even many conservatives from former President Mahmoud Ahmadinejad is now back to a level that Iranians consider normal.

Containing inflation was achieved at considerable cost, though, by keeping government expenditures to a minimum and forgoing any kind of fiscal or monetary stimulus. Rouhani even managed to increase energy prices last April without any protest, indicating that his popularity has so far survived austerity. The energy price hikes were substantial enough to close the budget gap left by Ahmadinejad’s generous – some would say irresponsible – cash transfers. The price of gasoline was increased by 75 percent, diesel by 67 percent, and other energy prices by about 30 percent.

Rouhani’s second economic achievement was restoring the business confidence lost to the erratic economic management of the Ahmadinejad years. He did this by simply getting elected and by appointing a competent team. His election stopped or at least slowed down the hemorrhaging of Iran’s economy, which has been hit by draconian international sanctions and bad domestic policies.

Rouhani’s greatest economic success came in the form of a political victory. He overcame substantial domestic opposition to rapprochement with the West to sign the Joint Plan of Action (JPA) with world powers last November. The economic impact of the JPA has been underwhelming, but without it the economy would have continued to slide.

The agreement can be credited with the strengthening of Iran’s currency, the rial, which is a good indication of rising business confidence. Since November, Iran’s oil exports have also increased by 30 percent, about $7 billion of Iran’s frozen funds have been released, and petrochemical exports, which received specific sanctions relief, have increased.

This spring, auto production (also marked for sanctions relief in the JPA) was up by a whopping 90 percent compared to a year ago according to Mohammad Reza Nematzadeh, the minister for industry, mines and commerce. He also mentioned increases in petrochemicals production by 9 percent and durable goods by 30 percent.

These improvements are most likely lost on the average Iranian, whose job prospects and income has not increased since Rouhani took office. The obvious culprit is, of course, the financial and shipping sanctions that limit Iran’s access to its foreign exchange earnings and continue to choke large sections of its industries. Manufacturers are still using cumbersome and costly channels to procure their raw materials and parts. For them, the optimistic official statements and newspaper headlines proclaiming the imminent “collapse of the sanctions regime,” is just talk. Indeed, while Western critics of Iran’s limited sanctions relief, particularly in Washington, point to the flood of foreign business missions to Tehran, no actual investment has occurred due to the continued uncertainty about the future of the sanctions.

Nothing is more deeply etched into US foreign policy than standing by Israel, and suggestions made by some conservatives last week that Mr Obama was chafing at that compact were hardly to be taken seriously. Nor is America about to join in any call for Israel to be brought before the International Criminal Court for crimes against humanity for its actions in Gaza – if only because, as the main supplier of its arms, that would be a risky tack.

Yet there are times when the friendship can be uncomfortable, and that was on full display through most of last week when civilian casualties in Gaza were soaring and, in particular, when destruction came to a UN school in Gaza with the loss of as many as 20 lives.
…
When it is not at war, Israel has tested not just Mr Obama, but also George W Bush and Bill Clinton before him, with its settlement building in the West Bank.
…

A Washington Post-ABC News poll last week confirmed what he could have guessed: 52 per cent of Americans disapprove of his handling of the Gaza emergency, while 39 per cent approve. And a Pew survey, released before the attack on the school, found that only 19 per cent of Americans blamed Israel for the current violence while twice as many, 40 per cent, placed the blame on Hamas.

But there is another interesting divide in the US which, when this crisis has settled, the Israeli leadership might at least want to heed. A new Gallup poll finds that while Americans aged over 65 support Israel’s actions by a margin of 24 points, those under 30 oppose them by a margin of 26.

American tolerance with Israel, in other words, might be weakening.

Iranˈs ambassador to Baghdad Hassan Danayee-Far in a meeting with representative of the Christians in the Iraqi parliament voiced Tehranˈs readiness to help reduce the problems and pains of the Christian refugees in Iraqˈs Mosul.

He noted that Iran is ready to provide necessary help to alleviate the pains and problems of the Christian refugees, including treatment of the injured.

Thousands of Christian families have been forced to leave Mosul to other parts of Iraq after Daesh (ISIS/ISIL) gave them a 48-hour deadline to convert to Islam, give fine or leave the regions controlled by the Daesh otherwise they will be killed.

Der Spiegel report says Israel used the information in later negotiations.
Israeli intelligence agencies reportedly tapped John Kerry’s phone while the US Secretary of State was in the Middle East trying to negotiate an end to the Gaza conflict.
…
According to reports in Sunday’s Der Spiegel, Israeli spies listened in on Mr Kerry’s conversations with other high-profile negotiators during the peace talks last year.
…
Last year Mr Kerry led an intensive series of talks on the Middle East situation, which ultimately failed. The US State Department and Israeli government did not respond to Der Spiegel’s requests for comment.
by socialinform 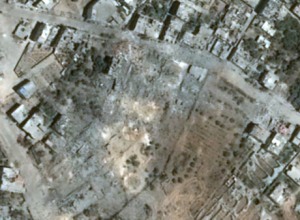 and so on … (follow the telegraph link for more)

While the prospects of reaching a comprehensive deal any time soon are far from certain, one thing is for sure: important actors, from all sides of the political spectrum inside Iran, support the diplomatic process. Indeed, just this week the International Campaign for Human Rights in Iran (ICHRI) released a study showing leading Iranian activists’ support for the negotiations.
…

More than two-thirds of the 22 key human and civil rights defenders interviewed said they felt an agreement resulting in the lifting of sanctions would improve the economic conditions of ordinary people, who would then be enabled to focus on improving civil liberties.

“Every single human rights advocate – along with journalists, editors, private business owners and so on – I have met in Iran hopes for the resolution of the nuclear conflict and eventual ending of sanctions for two basic reasons: one is economic and one is political,” said independent scholar and LobeLog contributor Farideh Farhi.

“As one prominent human rights advocate told me, the right to economic livelihood is also a human rights issue. Given the comprehensive nature of US-led sanctions, these folk see them as major violations of the Iranian peoples’ rights and want them removed,” said Farhi, who is currently in Tehran.

“Politically, while the lifting of sanctions is not presumed to automatically lead to better treatment of dissidents and critics by the state, there is hope that the reduced threat perception and reduced fear of regime change will eventually lead to the further loosening of the political environment,” she added.
…
“The study makes clear that anyone concerned about human rights in Iran should not use human rights to undermine a nuclear deal,” Mike Amitay, a senior policy analyst at the Open Society Policy Center, told LobeLog. “Human rights issues should be addressed in tandem with support for the negotiations and in a way that does not undermine the success of the negotiations.”